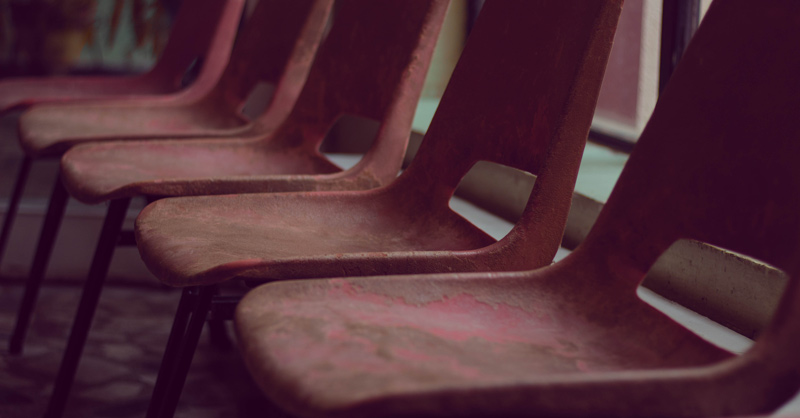 Photo by Anita Jankovic on Unsplash

I didn’t get to see much of Hungary. But what I did see already looked more amazing than any place I had known. On my way to the US, my next stop was Amsterdam. Well, the Schiphol airport in Amsterdam, to be exact. I wasn’t allowed to leave the building. I only had a transit visa. So I didn’t get to see much of Holland, either. But the airport alone took Hungary’s cake. And when I finally arrived in the US, the cake changed the owner yet again and New York became the most amazing place I had ever seen.

“So this is what democracy does”, I thought. “It makes places amazing.”

I was wrong, of course. Democracy doesn’t make places amazing. Means and ambitions make places amazing. But I would only realise that much later. In the mean time, I would come back to Serbia (officially still Yugoslavia at the time) and fight for democracy with family and friends. We wanted our country to become an amazing place, so we took to the streets.

Sorry, I meant voters in Serbia decided they needed a new despot. Not me. By the time they did, in 2012, I had already given up and left. Those who stayed used their nascent democratic right, one last time, to give it away.

What is democracy? The lesson started the day I landed in New York.

One of the subjects in school was American Government. That’s where I found a new perspective of ancient Greece.

When Athenians built their institutions, they didn’t optmise for efficiency, like Spartans. They optimised for change. They wanted a system that could continue to evolve beyond one’s death, without an occassional destruction, caused by inevitable, oh so human power struggles.

American forefathers were inspired by the ancient Athenians. They weren’t ideologues. Which is to say, they knew they didn’t know everything.

They knew the system they were building would never be perfect. After all, they weren’t perfect. Some of them were slave owners. Their descendants would give the world many gifts. But they would also sow a lot of misery.

That’s precisely why the institutions they established more than 2 centuries ago were optimised for change. So their nation can continue to try to improve itself and avoid resetting the system with every generation. The progress would be slow but hard to stop. And even harder to reverse.

Criticise the US all you want. Chances are, I agree with you. But our criticism is likely beside the point here.

The point is democracy doesn’t guarantee justice. It doesn’t guarantee your country won’t ethnically cleanse the native population or not be a racially segregated slave farm for a while. Or an evil empire attacking soverign nations for their oil. Or that you won’t be manipulated by whoever is the elite at the moment. Or that some of your compatriots won’t be richer than God while you can’t afford healthcare. Democracy guarantees none of that.

What it does guarantee, though, is you can keep trying to change all those things you dislike about your society. Maybe the change will be slow. In fact, it almost certainly will be. Important changes take at least one generation and the most important ones a lifetime or more. The average human is not emotionally equipped to be so patient. And certainly not biologically.

But what the average human has been able to achieve, at least in the world’s most advanced societies, is acknowledge this. And opt for a slow, bureucratic system that can survive their own inevitable end and keep running, dependably, albeit imperfectly, for generations to come.

Three out of five Serbs think democracy is another name for American imperialism. Because that happens to be the imperialism that has recently smacked us around. One out of five thinks it’s a banal platitude. “Democracy Shmemocracy.” We’re all ruled by some invisible group. Or so they unknowingly hope. The last one (whom I am sending an e-hug to) may still be dreaming of democracy but is haunted by the thought it will never work in Serbia. Who can blame them, considering the evidence?

Americans, as you would expect, are the polar opposite of Serbs. They have a romantic view of democracy. Too romantic. They hold that view even when they’re storming the Capitol because it can’t be democratic for their candidate to lose an election. Or when they curtail the freedom of speech of a person who poses no threat to anything other than their opinion.

If you consider democracy a tool, you can be rational about it. And hopefully reach the conclusion it’s a necessary tool. If you consider it a value, you’re one step away from turning it into meaningless bullshit. Democracy is more like the wheel and less like kindness. Mean people drive, too.

If anything worries me about the modern-day US, it is the culture war that may eventually lead to a system that has democracy written on it but no longer fits that description. It would effectively be the choice Serbs made.

But, anyway. My family and I live in Slovenia.

Slovenes are the most democratic nation among Slavs. My theory is that stems from their extreme egalitarian nature. Proverbial Slovenes don’t let other Slovenes rise too high above the mean. They will pull them back down. And one can’t be a dictator without rising above the masses. Slovenes would pull any despot back down before he could light his cigar.

Some Slovenes will disagree with me and claim something ridiculous, along the lines of: “communists are still secretly ruling us” or “what about Janša”.

But the fact is, every election season, some dude here is bored of his job, so he forms a new political party a few weeks before the deadline and then runs for parliament. Almost as if he only got that idea when a news anchor reminded him an election is coming up soon. And then his party either wins or gets close enough to form a government. And the dude looks slightly shocked when he becomes the Prime Minister.

One day, a chicken will be following a trail of breadcrumbs and accidentally run for parliament in Slovenia. And 19% of Slovenes will say: “Why not?”

And if that’s not democracy then I don’t know what is.